Meet Marina d’Arechi at Nauticsud from 10th to 18th February!

Marina d’Arechi: The International Summer Hot Spot & the centre of a hidden paradise

Over 200 contacts were made at the Boot Dusseldorf by Marina d’Arechi, the Salerno port, which is a hit with the countries of continental Europe 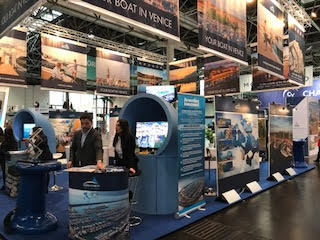 A direct strategic axis is being formed between Salerno and Germany in the leisure boating industry. One of the precise objects of this was the participation of Marina d’Arechi in the 2018 Boot Dusseldorf, the international expo dedicated to sport and luxury boating. With its conclusion, the New Year looks to be one of ever growing relevance on the international market for the Salerno port.

An overwhelmingly positive response to Marina d’Arechi has arrived from the German event. Around 200 contacts were made by the Gallozzi Group owned firm. 95% of the contacts made were from Germany itself, an increasingly fertile market for the luxury leisure boating sector. In addition to Germany, the markets most interested in the services offered by the Salerno port are the U.K. – as confirmed by the 100 plus contacts made at the London Boat Show in mid January – along with Switzerland, Austria and Holland. In short, the whole of continental Europe has its eyes on Salerno and on Marina d’Arechi as the next summer tourism season approaches.

The result of the participation of Marina d’Arechi in Boot has been judged by the management as more than positive. This year the Dusseldorf show attracted 1,923 exhibitors from 68 different countries exhibiting yachts, boats and accessories for watersports activities. In addition to Marina d’Arechi, another 10 marinas from all over Italy (La Spezia, Marsala and Sardegna) were present.

The Marina d’Arechi team is however already ready for a new challenge, this time on the Italian market. On the 10th of February, the team will be in Naples for the 2018 Nauticsud.

You can find out more about which cookies we are using or how to disable them in settings.

This website uses cookies so that we can provide you with the best user experience possible. Cookie information is stored in your browser and performs functions such as recognising you when you return to our website and helping our team to understand which sections of the website you find most interesting and useful.

Strictly Necessary Cookie should be enabled at all times so that we can save your preferences for cookie settings.

If you disable this cookie, we will not be able to save your preferences. This means that every time you visit this website you will need to enable or disable cookies again.

This website uses Google Analytics to collect anonymous information such as the number of visitors to the site, and the most popular pages.

Please enable Strictly Necessary Cookies first so that we can save your preferences!